The Ridge
We were up before 6 on Sunday, May 26th and boy it was nice to see the sun coming up! Bill made his coffee but I declined my tea. I headed into Durham for and early start today at the Laundromat. Using my override key, I entered at 6:30 and set to work. It looked pretty good this morning and the garbage and recycling cleaned up so I knew Jamie was in last night.

While I was damp mopping the floors he showed up on his way to Elmira for rugby with their daughter. It was nice to see him briefly and we touched base. Cheryl, his wife, was in the car so I grabbed at the opportunity to meet her when it was offered. Cheryl has MS and uses a wheelchair so challenging for her to get out and about. After they left, I finished the Mat and with 20 minutes left on my 90 minutes, I washed the front windows inside and out. Sparkling now!

When I left, I messed up and locked my keys in what I call the Lock Up. It is where all of the cleaning supplies are. Jamie warned me ‘don’t leave your keys in there when you close the door because it is an automatic dead bolt’. Well, I’ve been so careful but got distracted today and walked out without them. Good grief! Good thing I was finished and everything was put away. I got outside and texted Jamie. He’ll chuckle over that for sure. He can get them out for me and I’ll get them before Tuesday.

Back home, the day was more overcast but warm at 55F/13C, it didn’t drop below that all night long. We put our Blue Flame heater away on Friday in the hopes that we won’t need to use it anymore until the fall. Other than cooking, we haven’t used our propane too much over the last month. There are still a couple of cool nights coming in the next week so we’ll keep our carbon infrared heater out for a little while longer. 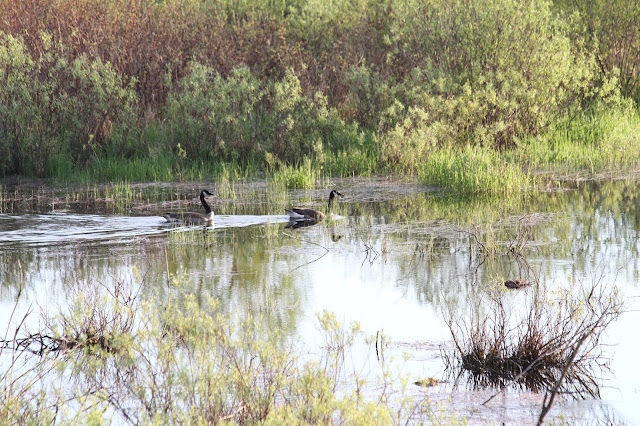 Bill had to drive into town, in between the rain yesterday, to get a propane tank filled. It seemed like the sensor wasn’t reading properly as we didn’t think it was empty. Now they are both topped up and we should be good for a while. I made my tea and sat reading posts for a while before making some breakfast around 9:30. After we’d cleaned up dishes, Bill was back in the Hangar and I went out, garbed in light coloured clothing and my bug hat.

After killing the grass on the corral hill, we talked about ground cover so I began digging up phlox and periwinkle from my flower garden. It grows quickly and so this will be a start on the hill. I loaded my wagon up twice and then with my little hand rake, disturbed the earth enough to push the roots in. There are so many roots in periwinkle that mostly it was just pushed down. If it doesn’t rain tomorrow (hahahahaha) I will water the plants from our rain barrel.

This was enough work for the day and I called it quits and just sat outside for a while. Eventually, I moved inside and sat with Clemson. My goal was to finish my book but when Bill joined me, we soon were dozing in our chairs. When he got up to go back out to the Hangar, I turned the last page of War Hawk. It was a great story and because of the tense parts of it, two thumbnails are shorter. LOL

At 12:30 we all loaded into Black Beauty and drove over to the Acreage. Donna and Gerry had arrived and they were having trouble with their water heater ignitor. Bill is happy to lend a hand if he can and we needed to fill our water bladder as well. Two birds with one stone. He helped them get it running, something that should not have been an issue had the dealer set it up right. Gerry showed us his new toy for carrying wood from the back of their property to the front for fires. Pretty cool!

I had a pooch sleeping beside me in the chair so I remained where I was and moved on to the next thing. I got about 5 rows done on my blanket before moving around 5 ish. I fed Clemson and Bill came up to light the Weber for supper. Just bacon cheeseburgers tonight but enough. We had just finished eating when Rob called and asked if we were up for company. He wanted to see Bill’s progress on the Hangar.

We cleaned up dishes and soon after, Rob and Pat drove in. We had a nice visit, starting outside for a few minutes before retreating indoors. We haven’t seen them for a little while and it was nice to catch up on what each of us has been doing over the last few days. It was shortly after 7:30 when they said goodbye and headed home. Bill and I closed things up and came in. I had a blog post to finish and so Bill turned the Memorial Day Celebration on television. Something different. 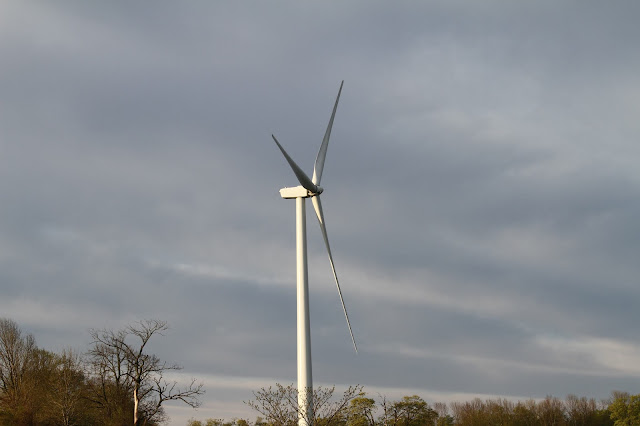 This was a good day. More things accomplished. Tomorrow morning, we will drive to Chatsworth to get some more periwinkle from Gayle and John’s huge bounty. I hope you’ve had a good sunny day.

Thank you for stopping in today to see what we’ve been up to!

Posted by Patsy Irene (Chillin' with Patsy) at 7:03 PM