Traipsing Around the Region

Bill had to wake me to say goodbye on Thursday, Mar. 4th. I know he hates to wake me from a sound sleep, he told me so. 😊 I went back to sleep easily as he slipped out the door and I woke again around 7. A day off and I could laze around if I wanted to but I decided to get moving early anyway.

Before bed last night, Bill and I had won some, three, items on the auction and the invoices were emailed to us this morning. I know last auction, we picked up on a Saturday, well, I think so, but it specifies pick up between 8 am an 4 pm on Thursday and Friday. Hmm. Bill works most days beyond 4 and lately, when I’m working it can be a challenge to be home by 3:30. I decided to go to Rockford, 40 minutes away, today.

It was around 10 ish when I went down and made a coffee in my thermos and headed out the door. The sun was shining brightly first thing this morning but had dissipated behind the clouds by the time I left. Some snow flurries overnight had left a trace on Ptooties’ windshield that the wipers took care of. It was a good drive and I felt happy to have no commitments today. 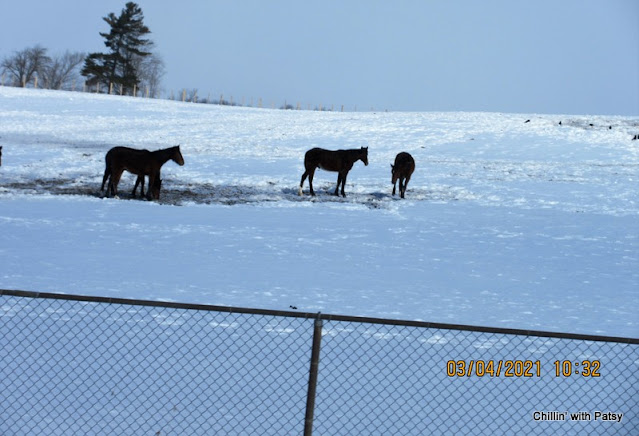 I was able to drive right up into a spot and call inside for our stuff. There is hardly any waiting, which is pretty awesome, when you know they have a warehouse full of ‘stuff’ in there. The biggest item was Bill’s pressure washer. He did well, winning it, as it was a battle until an hour or so before it closed. We have one that isn’t working 100% so this as a backup is a good plan.

I lugged it to the back seat and hope it can go into the bed or back seat of B.B. eventually. I got my two boxes of goodies. One was wooden cars and trucks. Nothing big but Ridge toys for any little people that ‘might’ visit. 😊 The second box has 2 dvd players, a Home bass speaker system and a complete weather station. Well, complete minus 2 AAA batteries that were left in and dead. It looks worth the money already and I’m very happy.

We need a replacement dvd player for the bedroom in the Suite so I hope at least one of these works. The box of these items set me back a piddly $20. At Rockford, since I was just over a couple of miles from the big city of Owen Sound, I continued on. It was snowing in that neck of the woods around 11 but nothing to scare me off. You know I’ve seen worse! Ha ha. My goal was the Mission Store to check out ‘their’ auction.

It isn’t online, you need to personally visit the store to place a bid in their book. I’d noticed when I was there with D & G that they had something I was interested in so I registered and placed a bid. It’s a secret though, so my lips are sealed. If no one else tops my bid in 7 days, it’s mine. So, we’ll see. Then I drove home and the sun had returned. The house was empty and I did the few dishes in the sink, had a snack-type lunch and began supper.

Hamburger stew/soup tonight. I know Bill was counting on meatloaf but I’m not up for that again so soon. Disappointment hovers though and I have to tell Bill tonight that The Paisley Common is closed for 2 weeks. They are going full force at their renovations, downstairs and upstairs, so we’ll be making our own Friday night meals until then. ☹ I fully support them, as a new business, these things take time. Looking forward to their new look on Mar. 17th.

I had the stew ready to go in Madame IP and went to check mail. A few pieces for all of us so it was worthwhile going out. The wind is bitterly cold today and I’m not in the state of mind to bundle for my walk. Instead, I opened a new puzzle and flipped all the pieces over, separating the border pieces as I went. It was too warm in the garage to work comfortably so I came up to our room with my tea. I sat on the bed and read a bit before curling up for a snooze. 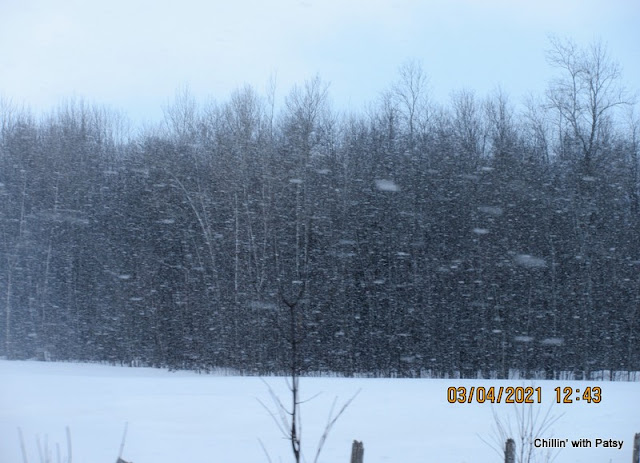 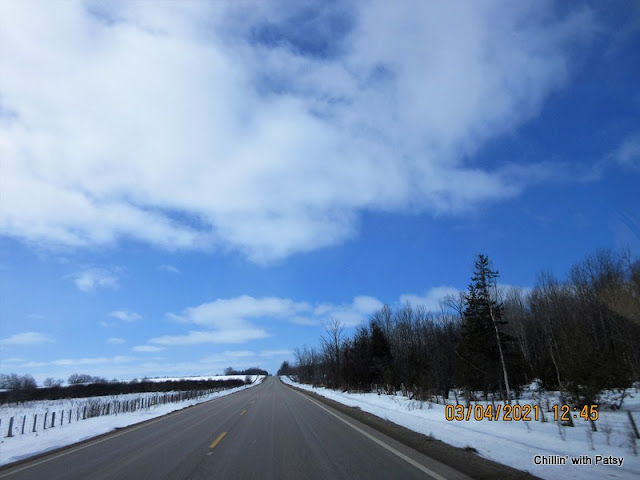 Of course, that’s when my sweetie texted, around 4, that he was 15 minutes away. Once the door was unlocked, I returned to the bed and we both rested in between chatting and reading.

It was 5:30 when I turned Madame IP on for 30 minutes and set my timer upstairs. With a natural release of just a few minutes, the stew was done perfectly. I used a bit of thickener so it wasn’t too runny. We enjoyed it and have enough for at least one more, maybe two more meals. 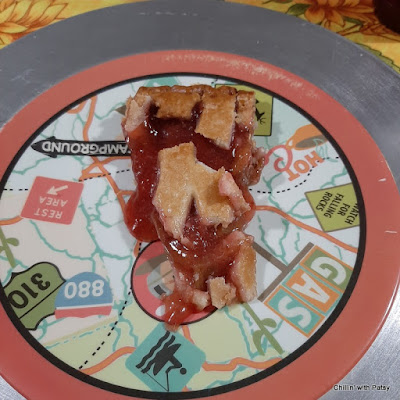 A piece of pie finished supper off. A favourite rerun episode of NCIS was on so I stayed downstairs until it was over at 8 before doing our dishes and coming upstairs. This was a good day. It felt good to be out driving without having to go to work so I enjoyed it.

Email ThisBlogThis!Share to TwitterShare to FacebookShare to Pinterest
Labels: gallavanting around
Location: Paisley, ON, Canada