A Busy Friday Morning and Checking The Ridge

Friday, Mar. 12th started out a bit different than most of my work days. I got up at 6:30 and brought my tea up. It was 7:30 when I was washed and ready to go with a packed lunch and thermos of coffee. The sun was up and it looked like a good day was on the horizon. It was 2C/36F. 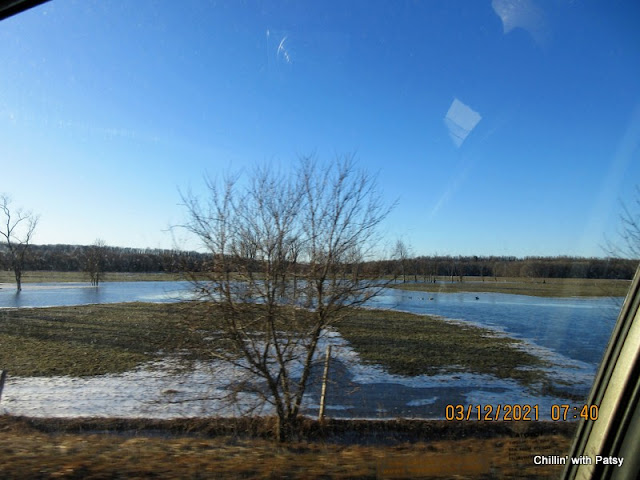 I stopped on B.C. Rd 10 and picked up a bag of wood for the wood stove at the shop. We wanted to check it out since the price was so much cheaper than what M was paying for a smaller bag.

Then, in Hanover, I stopped at Carson Cleaners with a drop off (Mom worked there many years ago, in the early to mid-60’s. From there, since I was early, I stopped at Walmart for my few grocery items instead of having to stop on the way home. I was in and out within 15 minutes.

The Mat had one customer just finishing up his laundry (ps: I’ve never seen so many men doing laundry!) and then I was on my own for the remainder of the hour. It was 9:45 when I finished and stopped at the Rethreads second hand store in Durham to buy a bag of rags for the shop. We use them a lot for washing and when I do sanding. Mostly they are tops, and I cut them up into better sizes for working with.

When I arrived at work, I was tickled to see that his laneway was completely clear of the ice and snow I’d driven across on Wednesday. It gave me hope. Even though I thought I was finished sanding the Dodge, M asked that I go over it once more as he noticed a few rougher spots that I missed. It wasn’t a critique but just an observation, he said. 😉 So, for the next 2 hours that is what I focused on. It does need to be really smooth for painting.

I’d noticed around 11:30 that a headache was coming on and thought maybe it was from hunger so I sat and ate some of my lunch. I mentioned that maybe I’d only work 2 hours today and that worked fine for both of us. I’d finished all I could do until he painted. M wished me well and sent me off with $ in my pocket. Of course, I had to drive to the Ridge before leaving the area. I was trying not to be too hopeful.

Boy, was I surprised in the change from 2 days ago! I was able to drive right in the driveway to the gate. Probably, if the heavy gate had been open I would have been able to drive to the bottom of the hill. This was exactly what we’ve been hoping for. The wind was strong and very cold but after texting Bill with a couple of pictures to share the ‘glee’, I bundled up and walked up the lane.

Other than one area at the crest of the hill, we could drive a vehicle up quite easily. 😊 At the top, I could see the clear areas and also the areas where we turn the Suite around that made it inaccessible at this time. There was still a fair bit along the base of the berm but a few more days of above freezing temperatures and sunshine will make a huge difference. I think we might be calling Peggy soon about getting our home out of the lot. We aren't kidding ourselves, we know there will be more snow and cold BUT it won't amount to much and it won't last. It was Mar. 21st last year when we arrived to a clear property.

I left there and drove home, battling strong wind gusts all the way. I did stop at Dollarama before getting on the highway for home. I needed greeting cards and a gift bag for a certain little someone’s gift. At home, I felt a bit better but still retired to our room and curled up on the bed for half hour. At 3:30, I went down for a tea and took it out to the garage to work on the new puzzle. It is another 1000-pc so was taking up a lot of room to start.

I finished what I could of the border, obviously missing about 5 pieces. It was too dark by then to spend more time hunting for them amongst the pieces so quit for the day.  Bill had texted that he would be late again, and I’d already expected that. They are trying to finish up a couple of jobs today. It was 5:45 when he said he was on his way so after unlocking the door, I laid down again. I’d taken a couple of pain pills since the headache was back. ☹

We laid down together and relaxed until about 6:30 talking before reheating some chili for on toast tonight. We had Jell-o and the last cupcake for dessert. I made it upstairs just in time after dishes to watch Jeopardy but can tell that my head is still not 100%. Bill went into the next room when I came out to watch one of their movies. It was a new one this year that none of them had seen. 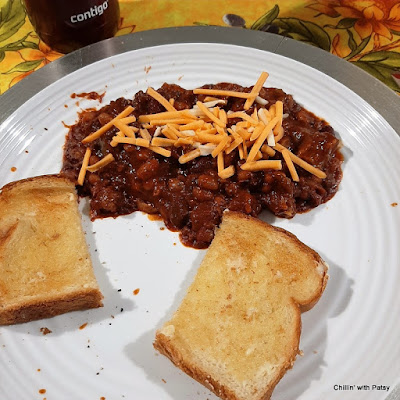 I was happy to finish writing my blog (no publishing tonight though) and crawling into bed with my book. No point in trying to sleep yet or I’d be up at 5. I know that is pretty normal for some of you, especially our American friends, but not for us. This was a day full of good news, even when I wasn’t feeling the best. I’ll be right as rain tomorrow, wait and see!