A Good Day on the Road, Babies!!! Pictures of our Drive

Wednesday, May 5th Bill was up at 6 and I followed soon after. Once he was done in the shower, it was my turn. I’d debated having mine last night but just couldn’t fit it in between watching our program and finishing my blog. So busy!! 😊 We had some cereal, made our hot drinks to go and left the Ridge at 7:30. Bill was right, we didn’t need to leave so early.

It was a good drive on a dull day but there were brief patches of blue sky. Very brief. We didn’t get any rain though so that was nice for us. We arrived in London an hour before our appointment and nature was calling. Let me tell you that the current Ontario Lockdown hit us full force. Where do you find public facilities when you can’t walk into any fast food joints, gas stations, malls? The building where our appointment was didn't allow access to their washrooms, without a staff code.

Since we were early for our appointment and downtown, I called my girlfriend who didn’t live too far away. It is not nice to invade someone’s privacy, especially during a lockdown, and at 10 am but we were a bit desperate. Brenda was her true helpful, kind, sweet self and invited us over to take care of business. 😊 We truly felt like we were breaking a law when we quickly nipped up her front sidewalk, masked for the benefit of nosy neighbours and her protection from critics.

We visited inside, for about 20 minutes, appropriately distanced in their living room (how sad, eh?) and then headed back downtown to the lawyer’s office. Between construction, one- way streets, two trains and an uncooperative parking meter, we walked in Paul’s office at exactly 2 minutes before 11. We made it! After having all that time to kill, it went by in a zip, but it was sure nice to see Brenda and Randy. Brenda is my London hair stylist, although she is currently ‘out of business’ and has time to renovate her lovely home.

Our meeting with the laywer was brief but comfortable and 15 minutes later we were back in the car, business attended to. From there we drove to Costco. The parking lot was quite full but there were no lineups to get in. We were very quick getting everything on our list and up to the checkout. As expected, 6 months after our last visit, we left a whopping donation for the much-needed grocery stock up. Lastly, we drove to CanAm and Bill nipped in to pick up the order he called in. 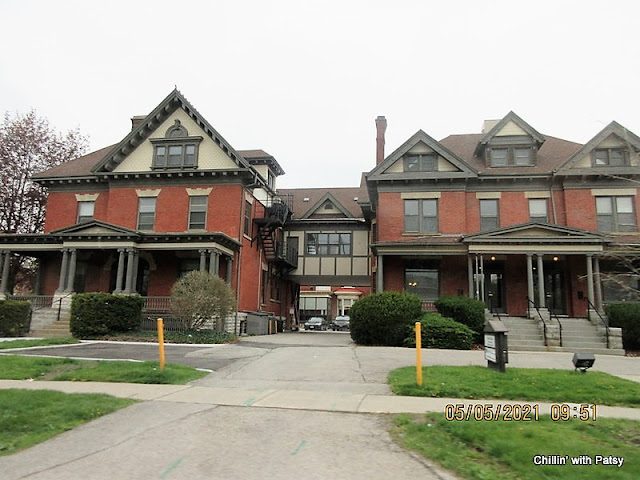 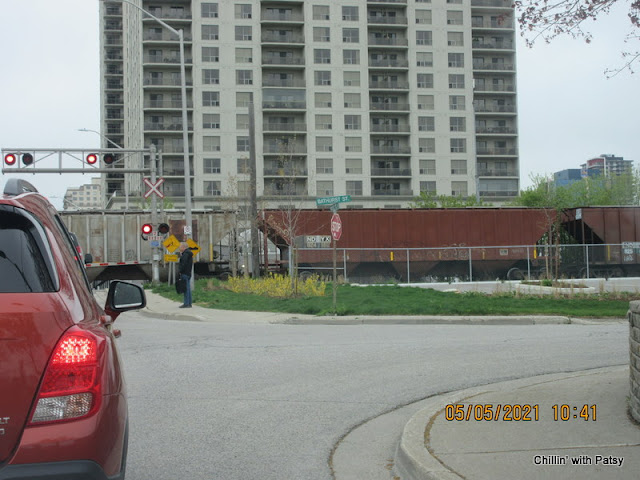 We were done in the city and once more, very grateful to leave the rat race. 😊 Just out of town, on the 401, it was 12:30 so we got lunch at our usual A & W drive through. Again, the Uncle Bacon Cheddar combo did not disappoint. Bill had to help finish my fries but they were delicious. Homeward bound and the sun made more appearances. The drive was uneventful but we were both having difficulty keeping our eyes open. 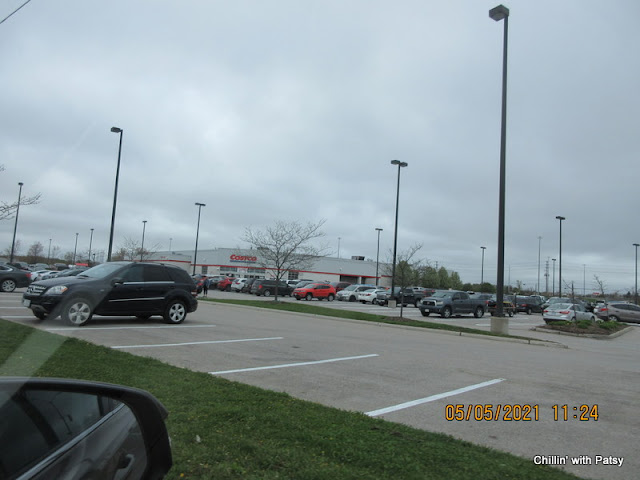 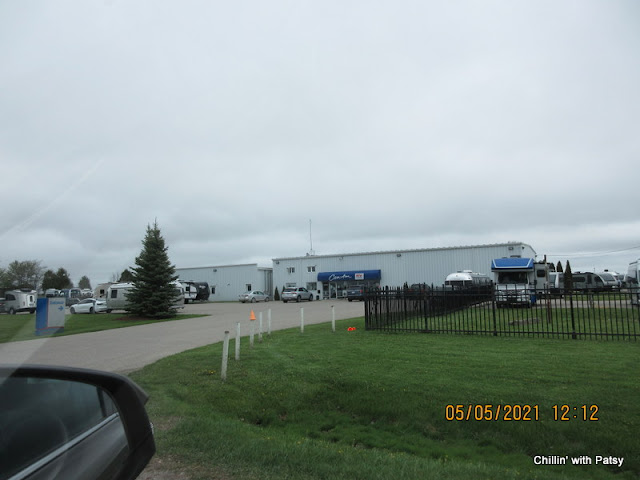 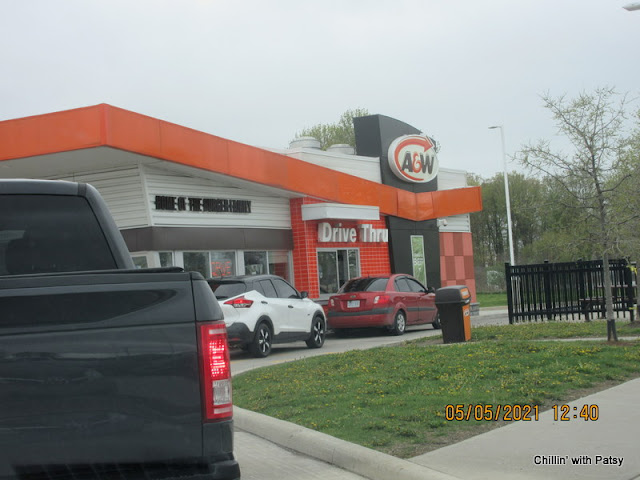 Bill pulled into a public school parking lot, Zorra Highland, along the route, and we closed our eyes and relaxed for half hour. I had taken my crochet bag along and it was good for me to keep busy rather than watch the road. Bill had Samantha (our new GPS lady) to keep him company. Ha ha. We were home shortly after 4, unloaded and I was ready for a cup of tea. Bill was ready for a well-deserved snooze.

We didn’t need much for supper so I had some of my soup, chips and cheese and Bill snacked on some toast followed by chips and cheese. 😊 He made his lunch and while I was watching my bids on the BizyBee auction close out, he did the dishes. Woops! I should have helped. This was a successful day; we got things done that needed to be done, the cupboards are restocked and we are home for the evening.

Thank you for your visit. Oh! I went on Gayle’s Norwex party site to watch the coordinator spin a wheel for two prizes. Wouldn’t you know it? Mine was the first name drawn. 😉 Woohoo! It is rare that I win anything! An enviro/kitchen cloth ($20 value) will be coming my way. Have a good night!

Posted by Patsy Irene (Chillin' with Patsy) at 5:53 PM

Email ThisBlogThis!Share to TwitterShare to FacebookShare to Pinterest
Labels: drive to the city
Location: Priceville, ON N0C 1K0, Canada