On Thursday, Jan. 14th Bill said I was sleeping so soundly when he was ready to leave that he hated to wake me. I never heard a thing but I was glad he obeyed the rules and gently woke me to say goodbye. 😊 I tossed and turned for an hour after that trying to drop off but no sleep was imminent. I got up before 8, dressed for the outdoors and left the house.

I’m amazed at how mild it feels when I get out there. There was a slight breeze again, depending on the direction I walked, but I never felt the cold at all.

It was 45 minutes, 4 km/2 ½ mi, 5,023 steps so I was good and ready for my tea when I returned. The sidewalks in the main hub were clear but once I got towards the edges, they weren’t so that meant walking on the side of the road. I’m careful and stay as close to the snowbanks as possible. Drivers are also considerate.

When I got back, Wes how it was out there, telling me it was between 0 and 1C/33F. It actually read .555C when I do the conversion. Too funny, I’ve never noticed that before. A nice walk though and again I’m glad I went early. I made my tea and returned upstairs to drink it. I see that my Tupperware order has been shipped so should arrive at Donna’s on Monday. Nice! Much sooner than first indicated.

Susan informed me that she had a dr. appointment so they left around 9:45 ish. It was soon after that I went down and blended up a strawberry cream/yogourt shake. It was delicious! Out in the warm garage, I started the puzzle. When they returned, Susan brought me the next one to work on. Wait until you see it!! She wants to make a picture out of it so I’m happy to help her by putting it together. Wes can do the gluing etc. 😊

They left again, Thursday is their shopping day when it appears mine is Wednesday, and I made strides on the puzzle. It is a fun one and going to be a quick one, I think. At noon, I made my lunch, sticking to the keto diet. Three days and counting, I’m trying! Upstairs, I finished getting washed and brushed my teeth before taking the dishes down to wash up. We were still expecting our credit cards to arrive so with fingers crossed, I walked the short jaunt to the post office.

No mail, for any of us but I was once again struck by how mild it feels! The snow in the laneway has softened considerably from when I got home yesterday with my bags of groceries and full RO bottle. I was walking gingerly; afraid I’d end up on my butt! It’s all good today and was last night when Bill got home too. I worked away until almost 3 and went in ‘our’ little kitchen to bake something. I’d found a recipe for Keto Carrot Cake Cupcakes using almond flour, which I now have, so set to work.

Improvising is sometimes what it’s all about and I had to do that today. While I was pulling stuff out, I realized that I was missing a key ingredient. Carrots. LOL But, in the freezer, I had a bag of baby carrots so measured a cup or so out. Rather than grate them (not going to happen, if you’ve frozen them, you know how soft they can be) I chopped them very finely into teeny pieces. Okay, not as teeny as grating but it’ll do. The recipe was coming together nicely and tasted good off my finger. Taste test, you know.

They were done baking in 18 minutes so I took them out and let them cool. Made myself a cup of tea and went out into the garage for a few minutes. It is warm out there today with the wood stove going and because it is mild outside, more noticeable. We got up to almost 4C/39F this afternoon and that is amazing here for January. Tomorrow will be the same but with rain showers. We’ll take it even if it is the calm before the storm, er cold again. 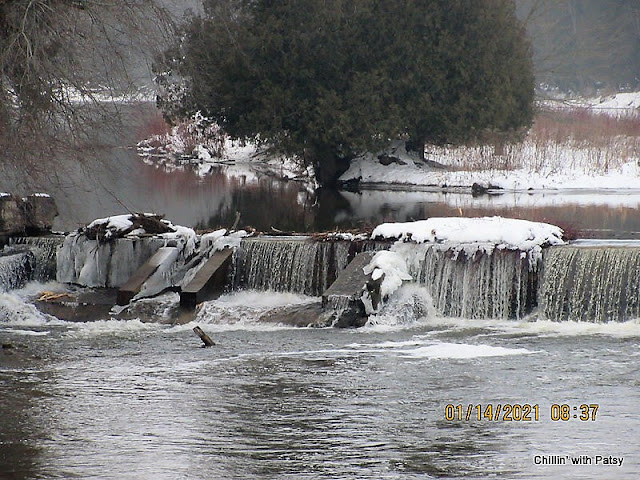 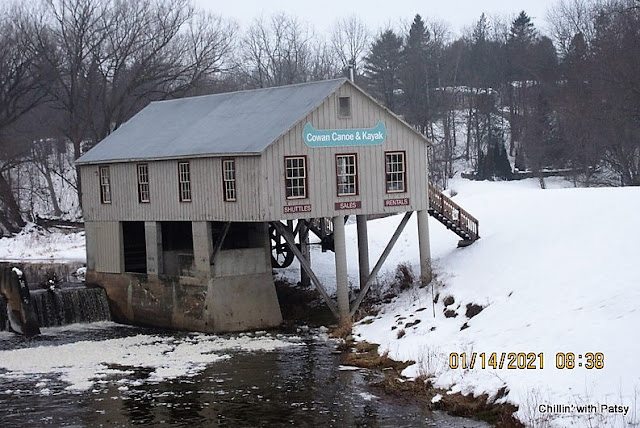 Upstairs after 3:30, Bill was on his way home so I went down to unlock the door. I’m climbing more stairs this winter than I have for the last 5 years combined! I wonder if that is why I’m feeling achy in my upper thigh? I’m not sure if I can attribute sleeping better and more soundly to the B12 and/or the fewer carbs but whatever, something has improved. 😊 I crawled up on the bed and read my book for a while.

Oh, today, Donna received hers and my Avon order. On time. My Tupperware which was shipped this morning, not expected until Monday, also arrived at her place. Ha ha, too funny! If I was expecting it today……..you know, Murphy’s Law, right? I paid for that Avon order online and will wait until Cathy gets her order next week. Avon should be happy, I placed 2 orders within 2 weeks! Such a good little representative, aren’t I?

The book I’m reading now is called The Twelve Tribes of Hattie by Ayana Mathis. Has anyone ever heard of it? Read it? It was one that I found in the Book Barn and so far, two chapters in and it seems worth reading further. Bill was home around 4 and we messed around on our laptops. Well, I guess I did and he laid down. They are in the throes of a work order so until it is finished, they can continue working at renovating this house. It probably won’t last much longer and he’ll be on vacay.

Just after 5:30 I went down and starting cooking our chicken quarters. Spicing and then sautéing them first, then placing them in Madame IP with a cut up huge potato on top. After they were done, about 20 minutes cooking and then 7-minute NR, I cooked corn and peas in the microwave.

Supper was very good; the chicken was perfect. We each had a cupcake for dessert and I thought they were perfect too, and no guilt, but Bill was hesitant about the icing. I made cream cheese frosting, which is what the recipe called for. I hope it was just the expectation of sweet icing that he didn't get since we have a dozen left to eat. 😊

With dishes done, his lunch packed, we stayed downstairs until the rerun episode of NCIS ended at 8. Upstairs, I worked on my blog (warning!!!! I’m tired though!) and Bill read his book. I know I work in the morning so really want to try and finish this tonight. I went a little crazy on pictures so there will be some eliminating to be done. I’ll sign off now and work away at it, it will get posted when I hit the button.

Have a good night! Thank you for popping by!

Posted by Patsy Irene (Chillin' with Patsy) at 7:12 PM