What a Great Day!

On Wednesday, Aug. 11th, we were all up around 7. Gibbs and I went for our walk, all the way to Turbine Lane before I took time for my tea. It was going to be a very hot day and I wanted to get out and back before the heat set in again. Bill was up and bustling around to prepare for the fridge fix. The rain wasn’t supposed to grace our presence until around supper hour. 👍

When I got back from our walk, I made my tea and worked a bit on my blog. I didn’t make much progress, instead started emptying the freezer and fridge into the cooler and our grocery bags that Bill had brought in for me. Ken and Bill got to work around 9. I basically stayed out of the way and kept Gibbs out of the way too by sitting with him in my chair or holding him in my arms instead of working on my post. 😊


It was about 2 ½ hours and they were finished. It wasn’t an easy job, at all, our fridge is a monster and very heavy. I was happy with the finished results because now our doors will stay open at least, when before they would swing shut. I was also happy that the water dispenser works again BUT we are both thrilled that we now have our ice maker back! How we’ve missed those automatic cubes for our drinks.

After thanking Ken, I hopped into the shower, another delay from posting my blog and had a nibble to eat while Bill had his. We were outside around 1 with Kim and found the shade over by the Bunky. It was already around 30C/87F and Ken joined us around 1:15. When Furry Gnome and Mrs. F.G. pulled in the lane, we were very pleased that they made it for a short visit. 😊 When they arrived, she handed me a bag with a variety of potatoes and some garlic. We chatted a bit, catching up while they got to know Ken, Kim and of course, Gibbs.

Within 15 minutes or so, Suzie also pulled in the lane. I was hoping she would arrive before they left, since they met George and Suzie here in 2017. I know F.G. has mentioned in the past that he was very happy to have met George before he passed since he’d been reading his blog for a few years.

I showed Mrs. F.G. my gardens and had a couple of my spicy peppers to offer them. They might have stayed 45 minutes to an hour before heading off out the lane. 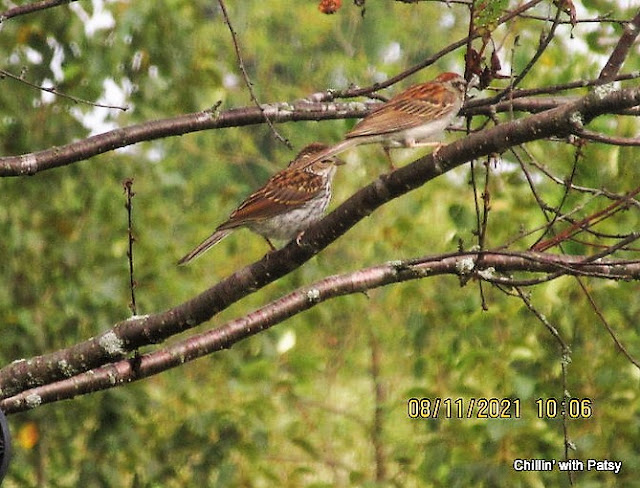 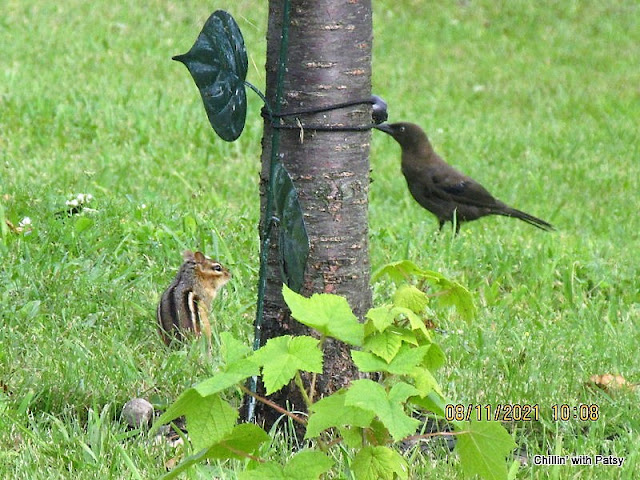 Happy Hour began around 2:30 and Gayle, John, Rob and Pat came next and by 4:30, Donna and Gerry also arrived. It turned into a lovely afternoon and there was a lot of conversation as a group and in groups. Gibbs was out with us the whole time and was being a very good little puppy. He’d get excited when new arrivals came and/or when someone left the circle and came back. He likes to be on top of everything that is going on. 😊 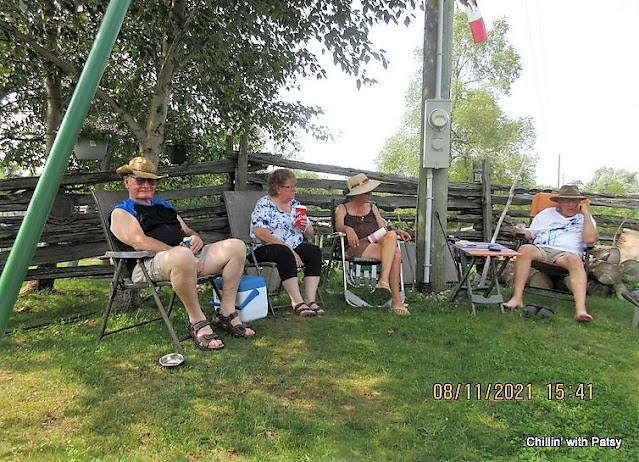 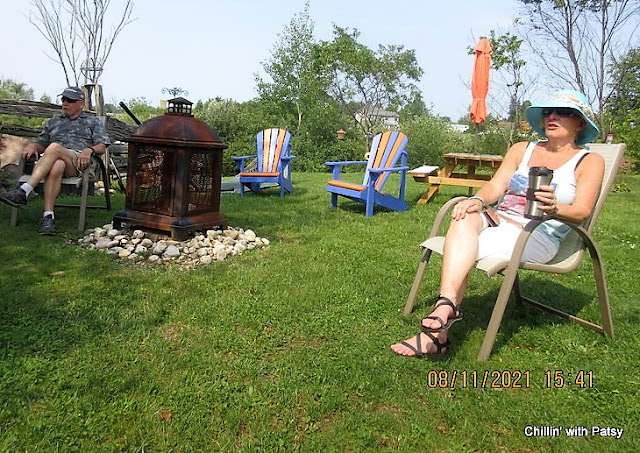 The sky to the west darkened considerably around 5ish and we began saying goodbye soon after the thunder started. Still no rain but we didn’t want to get caught in it so packed things up and said our goodbyes.

Bill and I didn’t have plans for supper tonight so I fried up some mini sausages, heated a can of brown beans and cooked a cob of corn for myself. This fresh corn is wonderful, with the taste of being picked in the field just this morning!

The evening ended with a piece of cherry pie and some AGT on the tube. 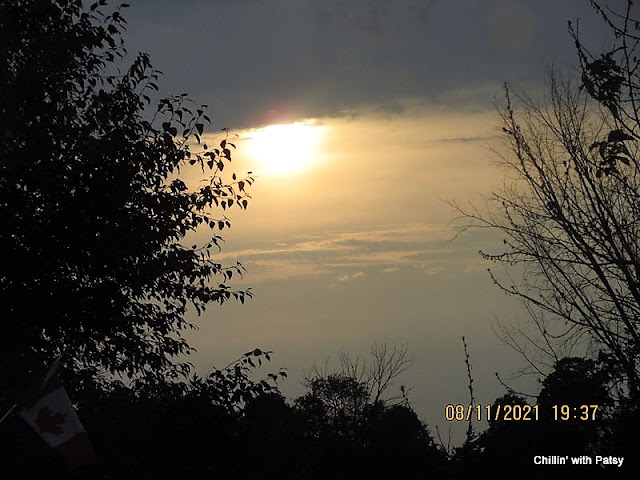 Thank you for popping in to see what we’re up to today.

Posted by Patsy Irene (Chillin' with Patsy) at 9:20 AM