On Tuesday, Aug. 9th, we had made plans with the group here to go to Keady Market. It was closed for two years ‘during’ the Covid craziness so this was our first opportunity in 3 years. However, we woke to a drizzly cool 12C/57F day. ☹ Well, the radar showed NO rain, hahaha, but it obviously couldn’t pick up the mist. We hoped it would pass by 10 o’clock, since the market was only open until 2, but no such luck.

There wouldn’t be many vendors, if any, setting up their wares on a morning like this so we ixnayed those plans. Jiggle, jiggle. We all basically stuck to ourselves; Bill in his Hangar/cargo trailer, me in the Bunky, Rose and George as well as Kim and Ken remained indoors too. Rose joined me a bit later and we worked on the puzzle together. It’s quite nice working with someone else who enjoys them as much as I do. 😊

I visited Kim and Ken for a while with my coffee and we shared some memories of past travels and our ‘first’ trips to the warm winters. It actually made me anxious for the trip this fall. Among us, we just can’t understand those who have been and don’t care for it. It makes us shrug but to each his own. Jamie called while I was there and he was at the end of the lane, wondering were we home? 😊

He came up and paid me with a couple of lovely bonuses for Bill and I as well. Such a sweet guy, he is. We visited for about half an hour before he said goodbye. Bill and I came inside for our lunch of grilled cheese sandwiches.  Rose and I puzzled away for a couple of hours before I heard the Journey door open. Happy Hour! Time does fly when you’re having fun! By this time, the drizzle was done and the sun was out so we gathered around the fire pit. Today, we sat in the sun. 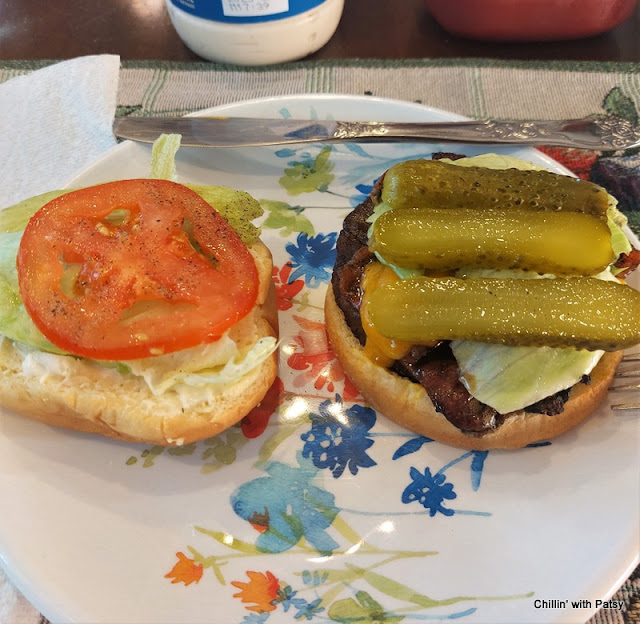 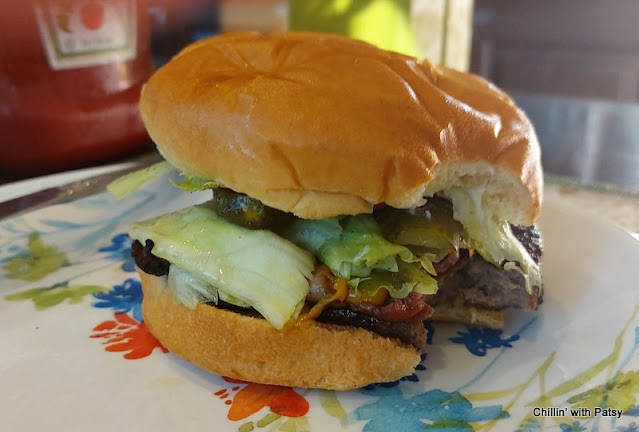 Such a change of temperatures. I guess we live in Canada! Around 6:30, Bill grilled our bacon cheese burgers and they were great, as usual. He decided he should cut some grass tonight so when he went out, so did I. I went into the Bunky to work some more on the puzzle. Rose and George had gone visiting so I was alone. I had to pull myself away so I didn’t finish it! Mostly the sky is left so it will be challenging when we get back at it.

This was a good day with our friends even though the weather in the morning was the pits. I peeked at my garden yesterday and I was thrilled to see my egg plants are growing! The tomatoes are plentiful, both kinds. I hope your Tuesday brought only good things, sunnier days ahead. 😊 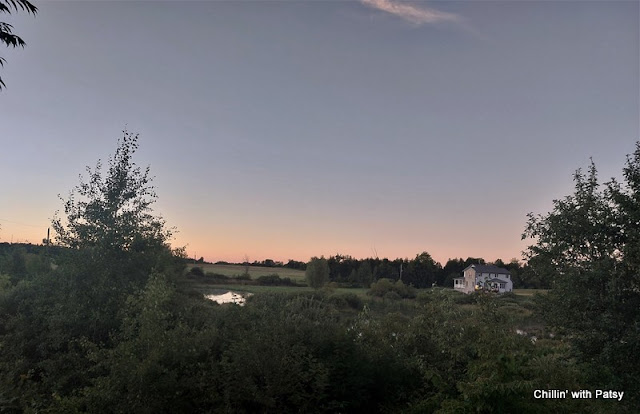 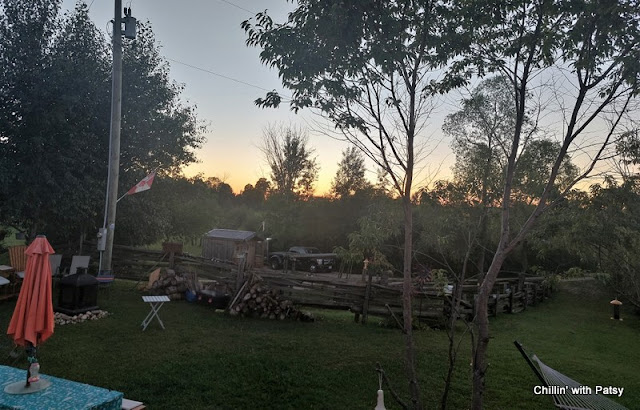 Thanks for stopping in.

Posted by Patsy Irene (Chillin' with Patsy) at 8:07 PM