Finalizing Things, The Day Warms Up

On Thursday, Sept. 15th I opened my eyes to read 6:05 on the ceiling from the clock. Bill was still asleep beside me, as was Gibbs. Oh-oh. I touched Bill and asked what time he wanted to get up. Darn! His alarm sound was turned down and eventually shut off. The next 45 minutes for him was a bit rushed and that is never fun.

Gibbs and I got up and after Bill left at 6:45, I made my tea and got ready myself. There is no rush to get in to the Mat when I’m not working at the auto shop so I didn’t leave the Suite until 7:30. It was clean. There is no other way to say it. It looked great. Then I noticed that Sage had been in yesterday after school and that explained it. Other than checking the lint trays in the dryers and sweeping the floor, I didn’t have much to do. 😊

There was a job that I could do to put in the time and I set about doing that. Kaitlyn showed up just after 8 and we talked about how she’s getting Sage into the routine. She was there to empty coin from machines and fill the coin changer. I agreed about Sage and that it wouldn’t hurt to have the Mat cleaned on a daily basis. The timing isn’t great, me showing up the morning after her 4 o’clock cleaning but…… 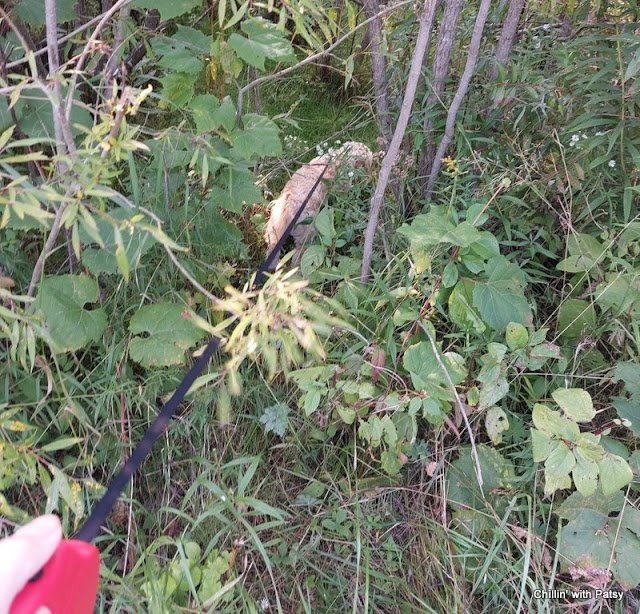 After she left, I finished up with the dryers, it’s a time-consuming job, up and down on my knees. The floors weren’t bad at all but I did a thorough mopping before I left. I went to Foodland for bread and a couple of treat ‘snacks’ for Bill and a few munchies for me for the weekend. I stopped for water, a variety of 4 coolers at LCBO and scooted home. Gibbs was happy to see me, as always. ♥ 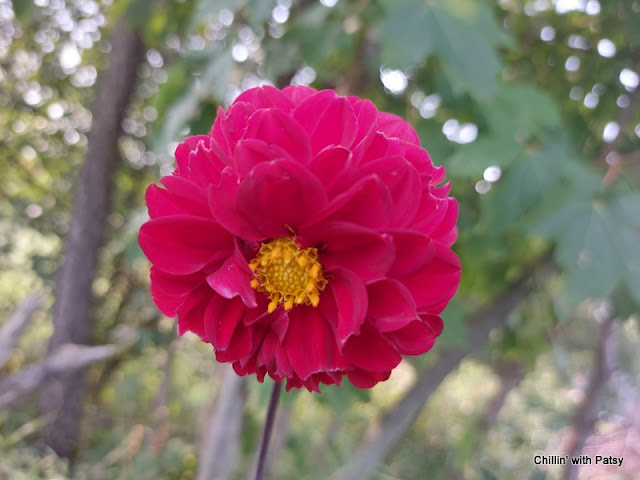 I didn’t feel like much but decided on a bowl of cereal since it was only 10:30. A coffee went along with it and then Gibbs and I went outside. I noticed the grass was looking long up in my area so got my mower out and took care of it. I would have done the corral hilltop but the battery doesn’t last that long anymore. We may need to look into a new one next spring so I can do more. It looks great again and then I went into the Bunky to paint a wee bit.

Gibbs didn’t have his ‘collar’ on but stayed right around the mat and the steps. I kept peeking out and there he was. ♥ What a good little guy! I gave him a teething chew bone and made a plate of good foods for an afternoon snack. Cheese, avocado, pepperoni, hard-boiled egg and grape tomatoes from the garden. It was all very good and filled the hole in my tummy. 😊

I finished packing my bag for tomorrow with just a few things left for the morning and then I made some phone calls and did some online stuff. Some health related and some fun related. We went out to sit on the step until Bill got home. It was about 4:45 when we heard him in the lane. Gibbs was quite good, listening to my ‘no bark’, all the while his excitement had his little body quivering. I let him off the leash once Bill parked and he ran to greet his Daddy.

For supper, we had grilled burgers but we weren’t starving so waited until 6:30 to start. We loaded the dishwasher and ran it. It was pretty full from 2 days’ worth of breakfasts and tonight’s meal. The day turned from very cool this morning, 5C/41F, and the furnace on to a mediocre high of 17C/64F. Thank heavens for the sun, I was able to open a couple of windows and unplug from electrical power early this afternoon.

This was a good day and tomorrow will be bittersweet. Saying goodbye to my sweeties for a couple of days won’t be fun. Especially the little one who won’t know until later in the day that Momma isn’t coming home until Sunday. I’ll miss his little cuddles.

Thanks for the visit!