A Slow and Easy Spring Day

On Monday, May 16th, spring returned. It was a short summer. The rains were very necessary and things are sure greening up nicely. Well, there is a fair amount of yellow too, with the dandelions. 😊 Not to mention the ever-present goldfinches. Bill’s job site is just down the road, 15 minutes away, if that, so he was able to sleep in until 6:30 and not leave until 7:45.

He took Black Beauty because it is so close and in the event he needs to bring the work trailer back here at the end of the day. I mentioned spring returning. It dropped to 10C/50F overnight and dropped even further to 8C/47F at 7:30 when I got up. It was raining off and on so I knew we wouldn’t be going for our walk. Sorry Gibbs. 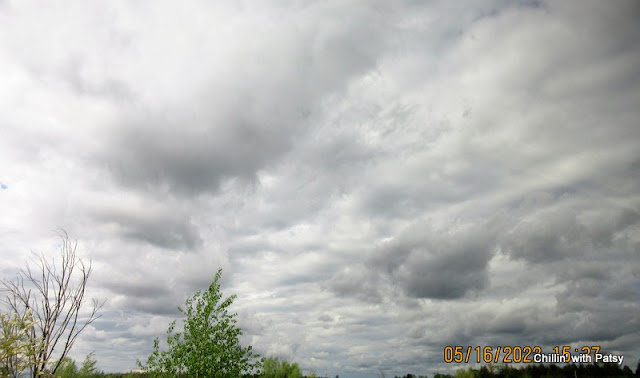 After Bill left, it felt good to just sit in my chair with Gibbs close by and finish my book. This one has taken longer because I’ve had other things going on but today is a stay inside day, for the most part.

Last night, after supper, I hand fed the little guy his supper and each time I brought the dish close, he turned away as if offended. I wondered if for some reason the metal dish is bothering him for some reason. ??? So, I tried something new but this morning it made no difference. 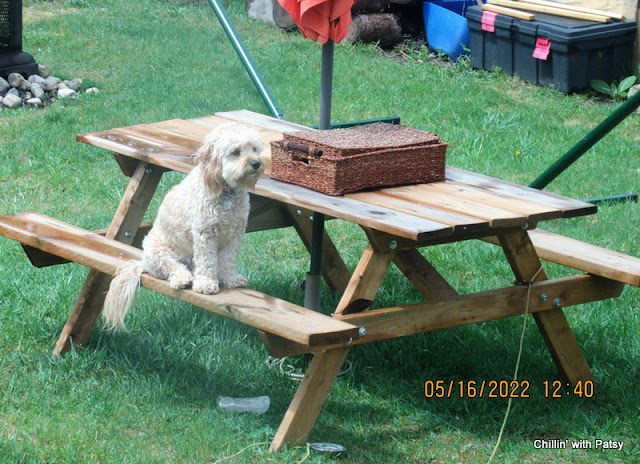 Today is M’s 65th birthday so I was going to deliver his cheesecake, sauce and card but called him around 10 to extend my birthday wishes. 😊 He indicated that he wasn’t going anywhere all day because it was so crappy out so after I had some lunch, Gibbs and I drove over to deliver it. He was excited to have his favourite cheesecake again. He wouldn’t need the whole cake, being on his own, so I only take him half.

I called the vet this morning and made Gibbs’ appointment for heart worm test and flea and tick meds. Then I called the groomer and made that appointment for Friday. It will be warming up soon and he is getting quite the woolly little dog! ♥ He’ll feel better after a good cut and nail trim. He likes me brushing his teeth, well, he likes the toothpaste, so we did that in my chair this morning.

Bill called about getting Jazz in and she can’t get in to the ‘doctor’ (as Chris calls it) for at least a week so we’ll get it off the trailer tonight. Chris suggested something first but it’s something Bill had already tried and Leroy at the shop suggested something else. If they don’t work, we’ll keep her at home until he has room to fit her in. We still don’t think it will take much to fix her up, at least we hope not! 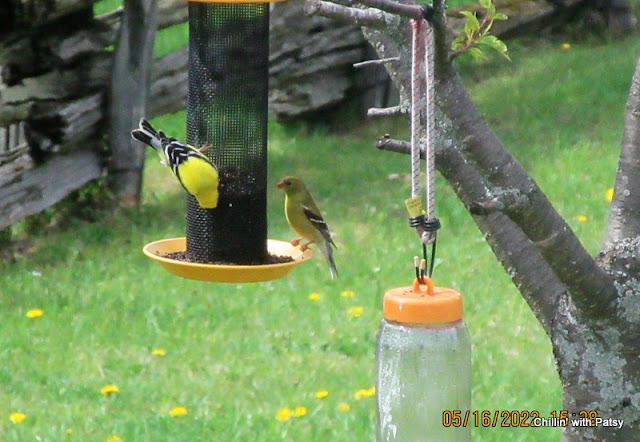 I’m getting stuck on supper meals again but I know we need to eat good things. I decided to make one of Bill’s favourites, with potato and a vegetable for tonight. Around 2:30, the sun began breaking through the white clouds and it warmed up to 15C/59F which is quite a change. 😊

I’m hoping the rains are feeding my newly planted seeds and that I see something in a week or so. I’m dubious only because I’ve not planted these things before.  Put together the ingredients for the meatloaf and I’ll start cooking it when Bill gets home.

Tea time right now! I enjoyed my cup of tea and at 4:20, Bill and Billy drove up the lane. Billy came with him to help get Jazz off the trailer and in the shelter. Gibbs ran around supervising and my job was simply to open the shelter door.

Bill and Gibbs went right away into town to return Rob’s trailer and while they were gone, I put the meatloaf into the oven. We were eating supper at 6 with mashed potatoes and beans. Yummy, it is always a good meal that never fails me. We cleaned things up by loading the dishwasher. When Bill made his lunch, a little encouragement of some cheddar pieces mixed in his dish, Gibbs ate his food. ♥ 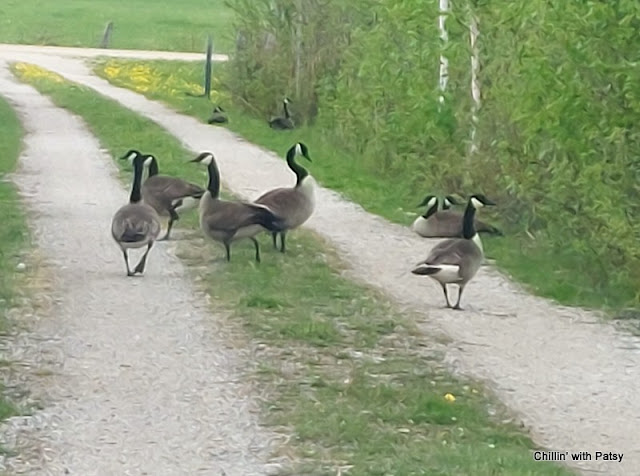 The sky is almost completely clear of clouds and speaking of the sky, was anyone in a position to see the Blood Moon last night? I wasn’t even aware so I’m bummed that now I have to wait until November for the next one. Lucky you, if you saw it. This was a super lazy day for me but it was very nice all the same. With my book done, I got back into crocheting to add to my afghan.

Posted by Patsy Irene (Chillin' with Patsy) at 5:44 PM