Marketplace Sales, Too Hot to Work in the Great Outdoors

On Saturday, May 14th we didn’t get up until 7:15 so although that wasn’t too different for me, it was for Bill. 😉 Gibbs was full of p*** and vinegar this morning and wanted to play. Gibbs and I went for our walk, thinking it might be too wet later. Bill and I had our morning brew together for a change and then went outside. 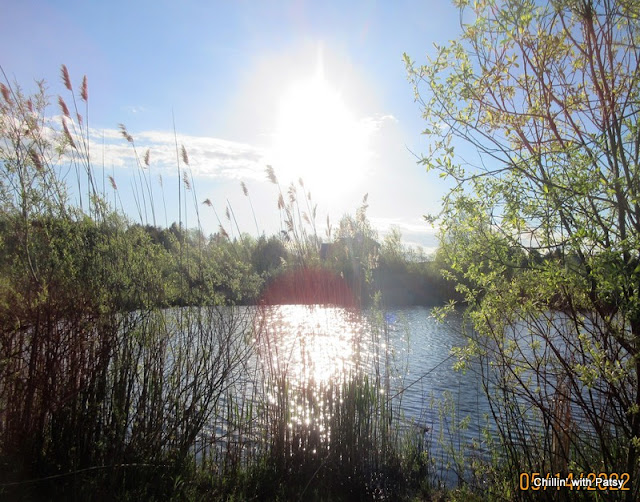 Bill wanted to do some weed trimming around the close areas and did a fair bit. After an hour and a half, he was so hot, red-faced and bothered by the black flies that he had to quit. I don’t like to see him working in that heat at the best of times but with the biting critters, it is 100% worse. Gibbs and I were out in the SS just to be outside but without my screen ‘door’ up yet, the little flies soon found me too.

We came inside and Bill had his shower before going into town on Jazz. He had a couple of stops to make and taking advantage of the 2 wheels is a savings. 😊 I was waiting for a couple of interested buyers for our pet crate and printer so stayed home to wait for them. I’ve begun to realize that advertising on Kijiji isn’t the best avenue for me anymore. It used to work well but now FB’s Marketplace is where I get the most responses.

A little money in our pockets for things we no longer need is always a bonus. I don’t give out our address until last minute, just giving them a general idea until I know for sure they are coming. In this case, the dog crate was sold and within an hour so was the printer. Yay! More room in my shed and $60 extra in hand.

The day was another hot one but Bill still took the time and attached the magnetic screen into the SS door space. With the inner door removed, I need something to keep the flies out. This idea of mine isn’t perfect because the wind from the south keeps blowing them open but it’s better than nothing right now.

He went down to the Hangar and I painted a new sign to hang over the door instead of The Ridge Roost. It isn’t a roost anymore. 😊 You’ll see what I did once I have it rehung. I didn’t know what to call my She Shed and that doesn’t work for me, it’s been over used. At 4, Gibbs and I came inside for the rest of the day. I turned This is Us on, the episode that we recorded from Tuesday night. Another tear jerker and two more to go before it ends. I’ll be very sad over that. 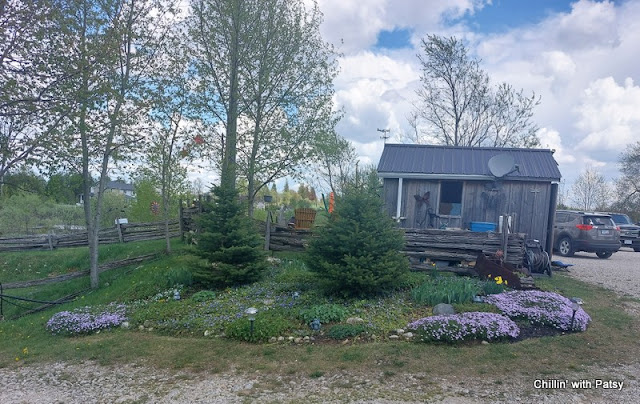 For supper, we had grilled bacon, cheese burgers and they were as good as they always are. Bill finished just in time as the rain was starting and so was the thunder. It didn’t amount to much, the rain I mean, but we ended our supper with a couple of smaller pieces of pineapple cheesecake, saving 2 more for tomorrow night. Later, we had a few potato chips with dip. It used to be a Saturday night tradition. 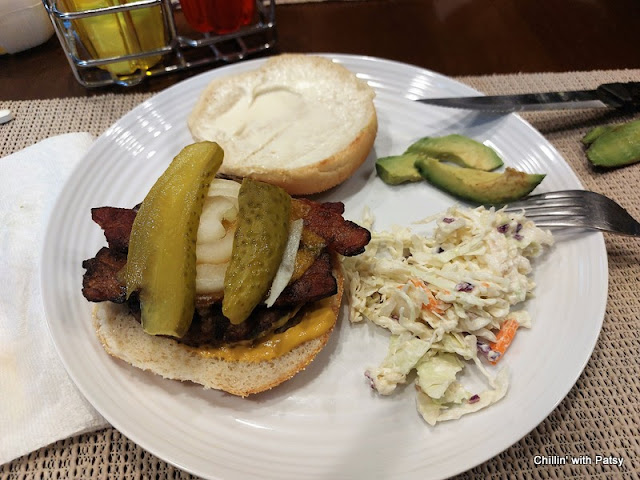 Bill went upstairs to watch one of his movies and I watched an old one from 1988 downstairs that I hadn’t seen before. It was called Crossing Delancy with Amy Irving and Peter Riegert. Good for entertainment. 😊 I tried to write my blog but got distracted so after downloading pictures, I sat and got into the movie instead. It will be another late posting! This has been a good day and I even made us some cash.

Posted by Patsy Irene (Chillin' with Patsy) at 9:29 AM

Email ThisBlogThis!Share to TwitterShare to FacebookShare to Pinterest
Labels: hot and buggy, sales