On Tuesday, May 31st Bill was up for work at 6:30 and I got up with Gibbs around 7:30. Duncan and Patty were already in motion, getting packed up with the last items and hooking up. I made my tea and went out to join them. Before Bill left, he was able to suggest that they dump tanks on their way out so they took care of that. Bill left at 7:55 and they were pulling out of the lane at 8:00.

Gibbs and I were alone again. It was a great visit and we look forward to the next time they are in the area. It was late for us to walk, since it was hot already, but Gibbs and I went down the lane, North Line and went a way down Baptist Church Road to the north. 😊 We came back inside and I played my morning Wordle games, I think. LOL. I dusted the main furniture in the Suite and then we went out again. 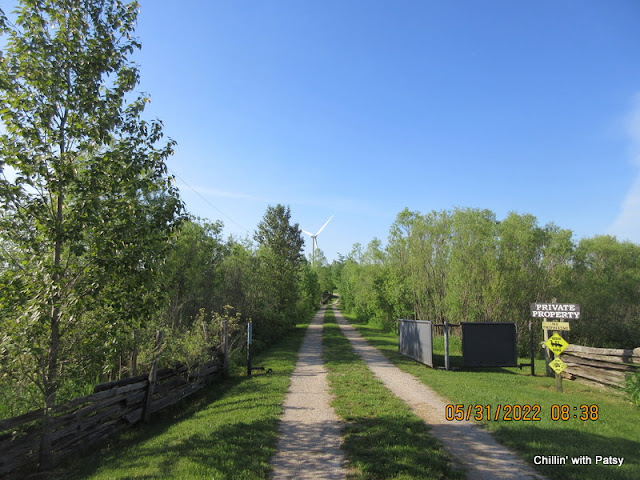 I put him on his leash and went up to the garden to check my seedlings. Well, they sure aren’t growing none too fast so I gave them some water and hoed the weeds.

The farmer was spraying the Winter Canola in the field behind us and I can’t get over how big those machines are! 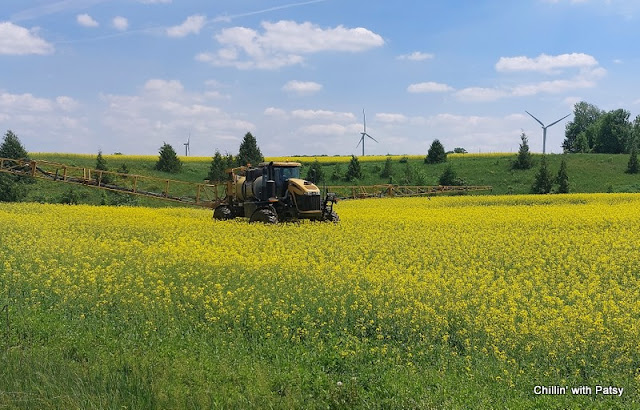 Since it was so hot and we had a working water pump now, I added some to Gibbs’ little pool and he played in that for a while. How easy that was with the hose!! 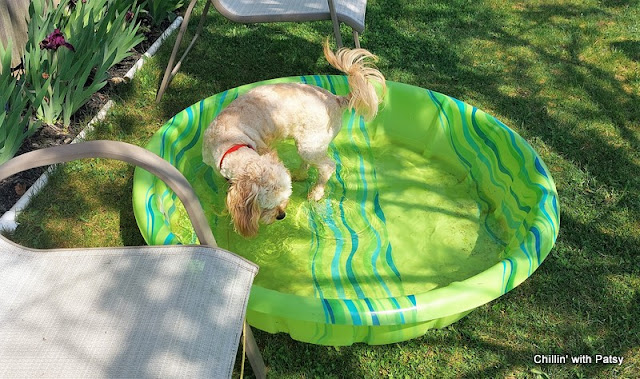 This is fun, Mom!

For lunch, I had one of my loaded wraps and went out to the puzzle with Gibbs. It was the coolest place to be with both windows letting the breeze in. 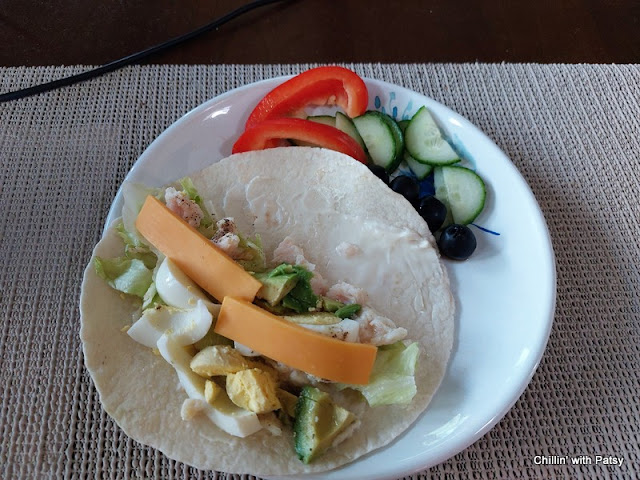 I got a lot done but it truly is the hardest one I’ve done in a long while. 😊 I’m enjoying the challenge though, don’t get me wrong!

Bill drove in around 4 so that was nice. He’ll be further away tomorrow so his hours will be later considering travel time.

Supper was leftovers. Spaghetti for me and some corn and dressing for Bill with a couple of hotdogs. We do what we have to and I like spaghetti anytime. With a couple of texts today, we have the go ahead to plan our Canada Day dinner with Bill’s family. Yay! We really enjoy that ‘party day’ so just need to pray for decent weather. I chatted with Duncan about turtles and canola late afternoon and they were set up at their destination.


After loading the dishwasher Bill made his lunch and then had his shower. We have a bladder almost full of water to put in our tank so I can drive the truck to work tomorrow. Let’s hope most of it will fit or it may go into the pool! 😊 It has been a very hot day, 28C/84F and yet will be cooling back to more normal temperatures. At least it shouldn’t get as chilly as it has been and that’s good.

This has been a really nice peaceful day. Tomorrow will be somewhat different but that’s okay. I forgot some pictures were still on my camera from Sunday so have included some here.

Posted by Patsy Irene (Chillin' with Patsy) at 7:20 PM