Yoga Poses, Sun sitting, Up, Up and Away, Last Day

On Wednesday, Nov. 30th the day started off the same as our last 7 days have. We got up together a bit later though. It was almost 8 when we were making the bed. 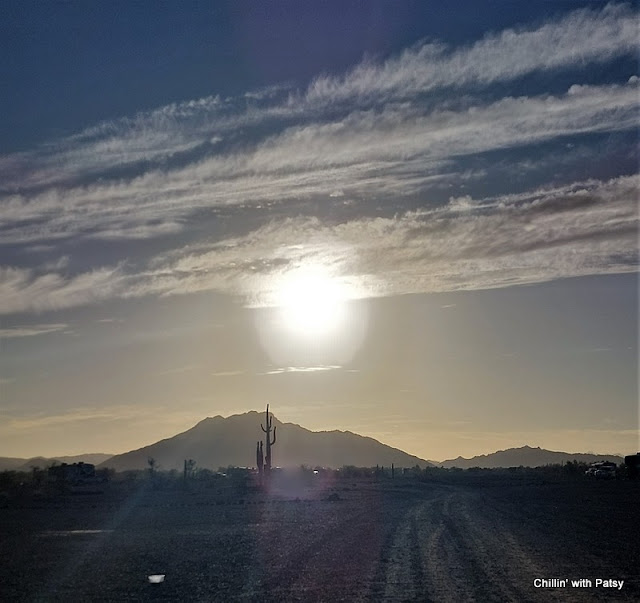 I got dressed and took little Lazy Leroy (oh yah, we have all kinds of names for him ♥) for his walk. It lasted less than 10 minutes and when we returned, Bill was just hopping in the shower.

I’d debated waiting to go further but since he was occupied, I decided to get my morning steps in. One of my commenters asked “Magic Circle?” after others had commented about me getting lost back in that ‘neck of the woods. So, here is an explanation, of sorts. Beyond us, further to the southwest, is a 3 ½ mile area for campers willing and wanting to live in a clothing optional campground. 😉 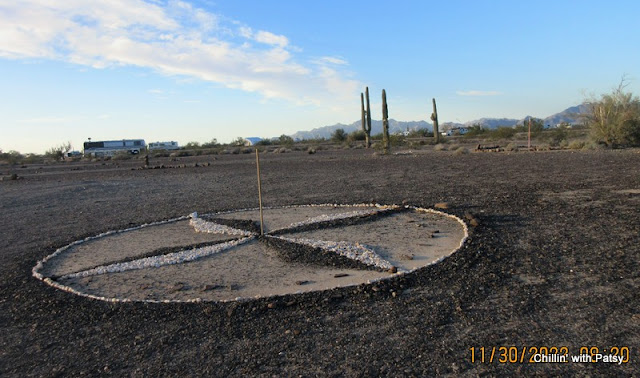 I prefer clothes, well, unless I’m on the Ridge – alone – or with Bill, so even though in the morning I wouldn’t come across any nudists, I have no need to enter. I found a Labyrinth of the circle but wasn’t at a good enough angle to get a picture. They have also set up a 9-hole disc golf course as well, which is pretty cool. They used to have a much smaller area but, when it was discovered how clean they kept the area, they were offered more land. 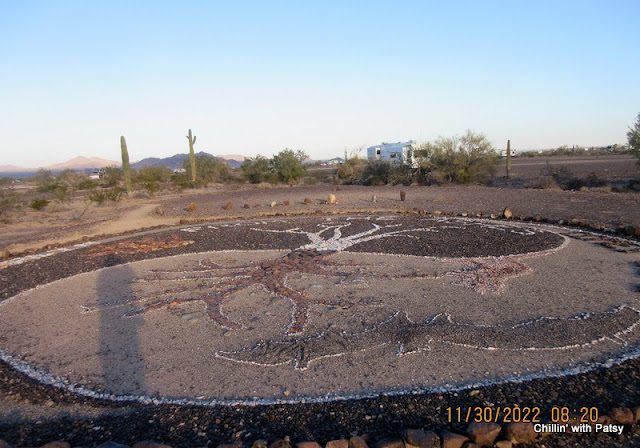 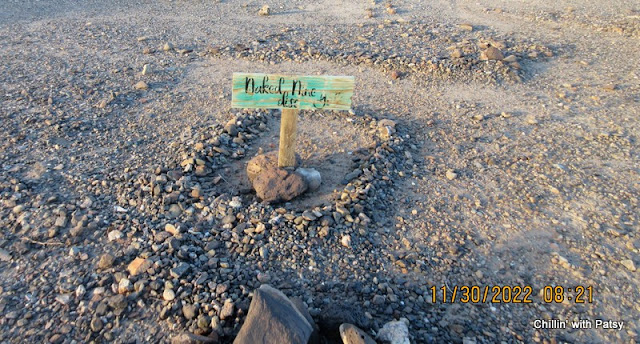 Speaking of which, La Posa South and probably most LTVA and blm land campers practice the ‘take out what you bring in’ motto. I never see garbage around here. That says a lot! 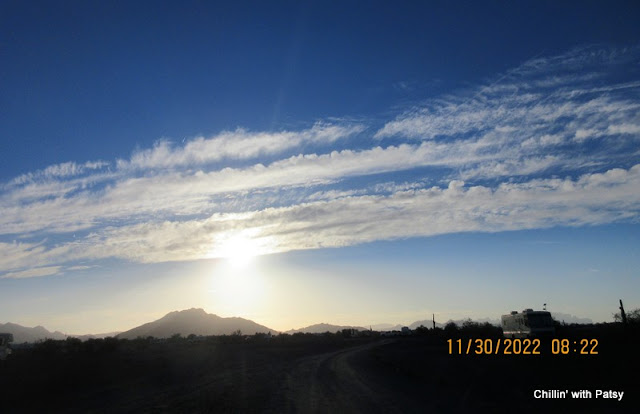 This morning, some of my pictures feature yoga poses but not any that I’ve done. See if you agree when you look at my few saguaro cacti pictures that are filtered through the writing.

I returned home with about 4,500 steps in and planned to get out later to at least reach my 6,000 daily step goals. This was a wonderfully hot day for our last one so I planned to spend a lot of it outdoors with my book and some of it with my sweeties. ♥ We had our drinks and breakfast together and then we went outside. Bill was in no hurry to pack things up outside as we would have a couple of hours in the morning to do that before pulling out.

He got his drone out and after charging the battery, took it up to get some pictures over our area. I like it when he does that. His pictures are at the bottom of my post.

Gibbs was outside with me a lot of the day and around 3, we went for our afternoon stroll. That turned into a longer walk than he has made in a while. I was duly impressed! I let him walk and sniff as much as he wanted and it was Gibbs who made the decision to go indoors. 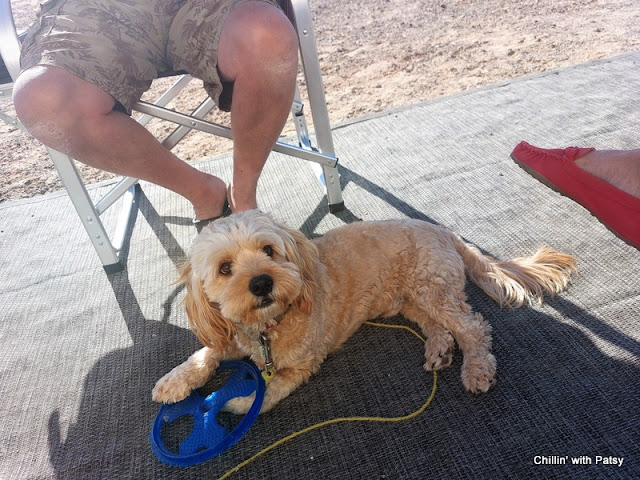 Instead of a cup of tea, I poured myself a Diet Mountain Dew and started my post. For supper, we’re having fish and chips so Bill can put the barbecue away. It goes into the basement first so I try to plan a meal the night before travel that doesn’t require grilling. 😊

For dessert, of course we had to have pumpkin cheesecake. This has been a wonderful day, reaching 68F/20C and I’ve enjoyed every bit of it.

I finished my Kill Alex Cross book this afternoon so will move on to the next one. We’ve had a great time here in the desert, even without power, but we’re both ready for the ‘royal treatment’ of hookups. The evening was quiet, spent together, which is the best way. 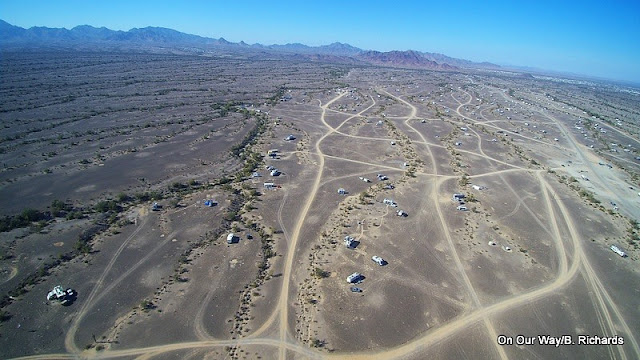 Thank you for your visit on our last day in La Posa South!

Posted by Patsy Irene (Chillin' with Patsy) at 9:42 PM